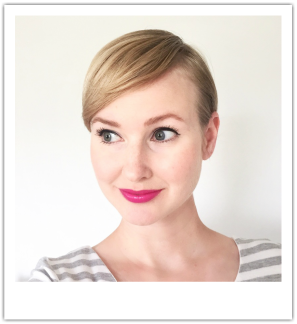 B.B. has more than 20 yrs of experience in the fashion/beauty/film industry. She started her career as a model, traveling to Tokyo and NYC, as well as attending school to study Drama/Theatre Production. She has also appeared in several independent films/shorts, and in TV and theatre productions. During her time as a model and actress she learned valuable techniques and tips from the many talented makeup artists and photographers with whom she worked.

She is a licensed esthetician and worked in a spa environment before the demand for her makeup services made it evident this was where she needed to concentrate her talents and utilize her creativity. She now works full time as a professional makeup artist and works daily on photo shoots and film sets, and frequently does makeup for brides in the Virginia, North Carolina, South Carolina, and Georgia areas.

She was more recently accepted into, and completed, the very first class of "Makeup: Mastered with Val Garland". Val has worked with the likes of Alexander McQueen and Vivienne Westwood, and frequently has work featured in British Vogue and iD Magazine. It was a fantastic learning experience for B.B., as she is constantly striving to continue learning and perfecting her craft.